Making A Difference Through Advocacy and Photography 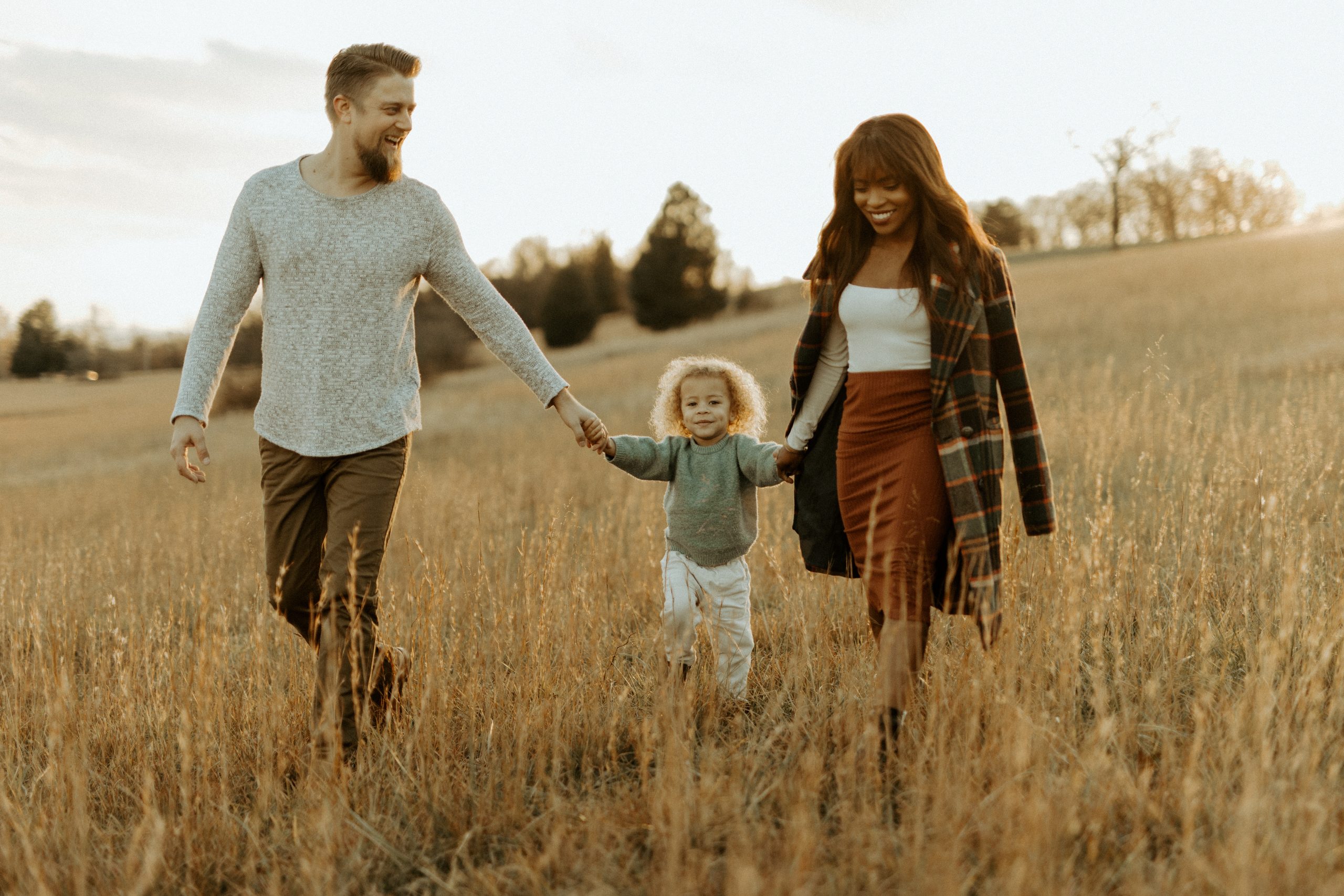 It all started with an alumni magazine article for Matias ’13 (MBA) and Barbarah ’15 (Reynolds) Perttula. When Matias first met Barbarah in person, it was at a Starbucks in Lakeland. Matias was with SEU President Kent Ingle when he introduced the pair to each other.

“The following day, after meeting her, I cracked open the alumni magazine that had her story in it. I read the whole thing once or twice, and I was blown away by Barbarah. I decided that I needed to get to know her even more,” said Matias.

Originally from Haiti, Barbarah and her brothers were adopted by a family in upstate New York where she finished her high school education. When it came time for college, she applied to Southeastern University. A few months before she enrolled, Barbarah found out she was one of 1,000 recipients of the prestigious Bill and Melinda Gates Millennium Scholarship.

When the pair met, Matias was working as a graduate assistant in the President’s Office, and Barbarah was studying international business as an undergraduate student. The couple went on their first date in 2013 and were married in 2015. A year into their marriage, in 2016, Matias and Barbarah took a leap of faith by moving to Washington, D.C. Barbarah had been accepted into George Washington University’s master of education policy program. And Matias worked as a special assistant in the foreign policy department for the vice president of Brookings Institution, a nonprofit public policy organization that conducts in-depth research.

It was while he was at Brookings that Matias stumbled on a job posting at International Christian Concern (ICC) — the largest non-governmental organization to advocate for persecuted Christians around the world. In 2018, Matias applied for the position of director of advocacy and he has been working in that role ever since.

“ICC’s mission is extremely meaningful work. What you do day-to-day impacts Christians everywhere,” he said.

ICC has three areas that they focus on: assistance, advocacy and awareness. Matias oversees the government relations side of the organization where he has helped grow the advocacy sector for persecuted Christians.

Matias helps give advice on how to help persecuted Christians around the world and discusses how they can partner together to help with the issue, so not every day looks the same, His work can range from meeting with members of the U.S. Congress, to non-government organizations, to the State Department or the ambassador-at-large for International Religious Freedom. Matias finds that members of Congress are supportive of ICC’s initiatives. He says it’s one of the easiest bipartisan issues. However, the Christian church has not been as active in helping create awareness.

“It is hard to get the church from the West to understand how significant this issue is and how precious religious freedom is,” said Matias. “We can be very blindsided to things that could be really threatening to religious freedom, not just around the world, but also in the U.S.”

Another aspect of Matias’s role entails advocating for Christians who have been imprisoned because of their faith. ICC helps the prisoners with the legal side of gaining freedom and provides direct assistance to the families. Matias also assists with events the organization holds to create awareness in the U.S.

In the summer, he led one of ICC’s engagement efforts known as the International Religious Freedom Summit, which had an attendance of more than 2,000 people. One of the ICC’s priorities going forward is to continue to highlight and create an awareness of the ongoing violent attacks on Christians in Nigeria. Matias often travels internationally to meet with persecuted Christians.

“Two of the most formative trips for me were to Pakistan and Nigeria,” said Matias. “In Pakistan, we met with a lot of persecuted Christians. Basically, the entire Christian population is being persecuted one way or the other. While in Nigeria, we met with families and individuals whose families had been killed because they were Christians.”

Although ICC focuses primarily on international advocacy, the organization will be expanding its advocacy work to serve the church in the West. “The incidents of discrimination against Christians have begun to rise in the West, and it’s time to start creating awareness and pushing back against the tide that is pressing against not just the church, but religious liberty as a whole,” said Matias.

Since Matias started, he has seen his advocacy team grow extensively. In the future, he looks forward to continuing to expand his team while also developing the domestic side of advocacy for ICC.

For their first Christmas together as a couple, Matias bought Barbarah a camera. What started out as a hobby in 2015 has turned into a full-fledged photography business for Barbarah. She began teaching herself photography skills by watching YouTube videos and taking pictures of food until she got comfortable enough to take photos of people. When she made enough money from her photoshoots of friends and family, she invested it into attending photography workshops. Over time, she decided to focus on one subject — wedding photography.

“I shot a wedding with a photographer, and I knew that’s what I wanted to do. It’s more involved to be a part of an intimate day of a couple’s lives, and I get to give them those memories that last forever,” said Barbarah.

When they moved to D.C., Barbarah offered a lot of free photo sessions in order to build her client base. Growing her brand presence was key. She spent time developing her brand on social media. She also created a website to serve as an educational tool for couples, to present a portfolio of her work and to provide a way for couples to inquire about her.

At first, Barbarah took wedding photos on the side, while also pursuing her master’s degree, because she had aspirations of working for the State Department. But, when Matias and Barbarah welcomed their son, Lincoln, in 2018, Barbarah realized that she could pursue her passion for photography full time while having the flexibility to raise their son. She completed her master’s degree the same year Lincoln was born.

Barbarah spends her weekends taking photos, and on weekdays she works from her home office. During the week, she works on editing photos, meeting with wedding clients, consulting with inquiring couples, planning experiences for engagement photoshoots and tackling the business aspects, such as bookkeeping and securing contractors. Although she primarily focuses on weddings, Barbarah also captures engagement sessions and started dabbling in wedding dress photography. In the past few years, Barbarah has really seen her business grow. She’s traveled across the country, and even internationally to Mexico and Canada, to document weddings. She’s even been named as one of Brides magazine’s top photographers in America in 2021 and 2022. There were only 105 photographers who received this recognition.

“My ‘why’ for what I do is very important,” said Barbarah. “Running a business as a working mom and a wife is not easy. I’m extremely proud that I’ve built a brand that not only services couples from all over the world but that also gives couples memories that they’re going to pass on from generation to generation.”

More recently, Barbarah has started a new business, Suvi Baby, which provides minimalist baby goods. The company released its first product, a monthly milestone leather playmat, on Amazon. She has more baby products she hopes to launch this coming year. Barbarah has aspirations of developing more companies and brands like Suvi Baby in the future. Matias and Barbarah’s goal is to use some of the proceeds from those companies to continue to give back to the orphanage where Barbarah grew up.

“I really believe that God has laid this on our hearts, because it has never left,” said Barbarah. “We want to do something in Haiti. Right now, my business directly supports one of the staff members at the orphanage. It pays the staff member’s wages so they can continue the care of children. We want to do more in the future.”

Outside of work, Matias and Barbarah are working on renovating their 200-year-old home in Knoxville, Maryland. They love spending time with Lincoln. As a family they enjoy exploring, taking walks at parks, traveling around their state and going to nearby ski resorts. They are also involved in their church, Calvary Assembly of God, in Frederick, Maryland. 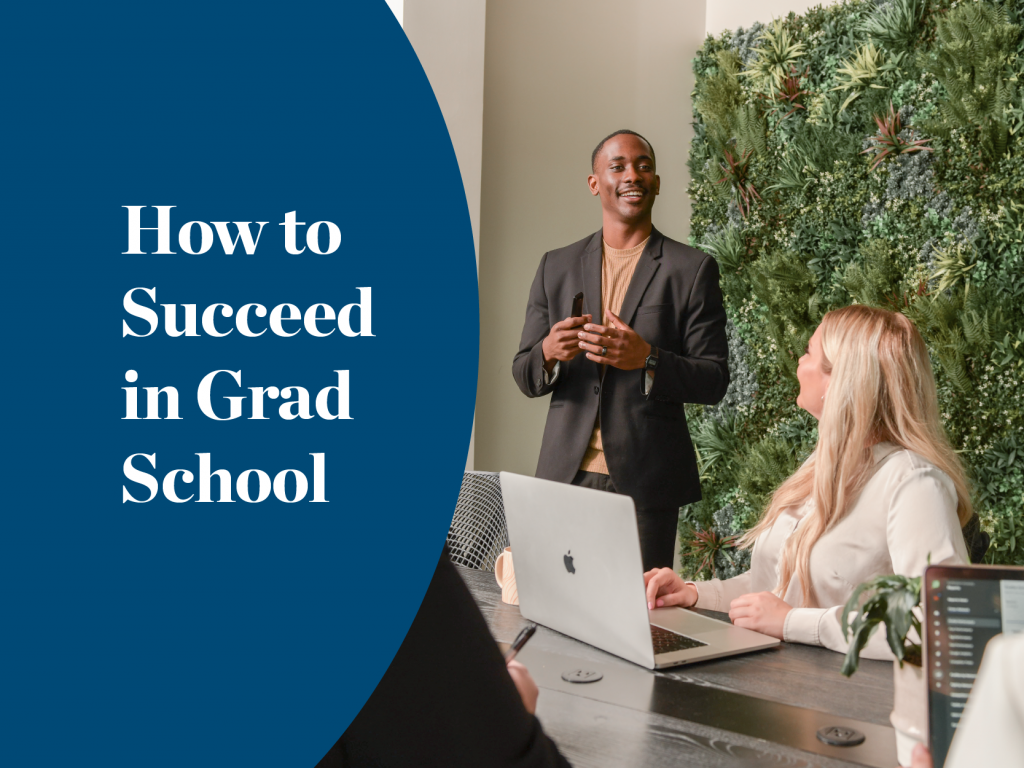 How to Prepare for Success in Grad School

Do you have a passion to change the world around you, but aren’t sure where to begin? The mission of Southeastern University is to help 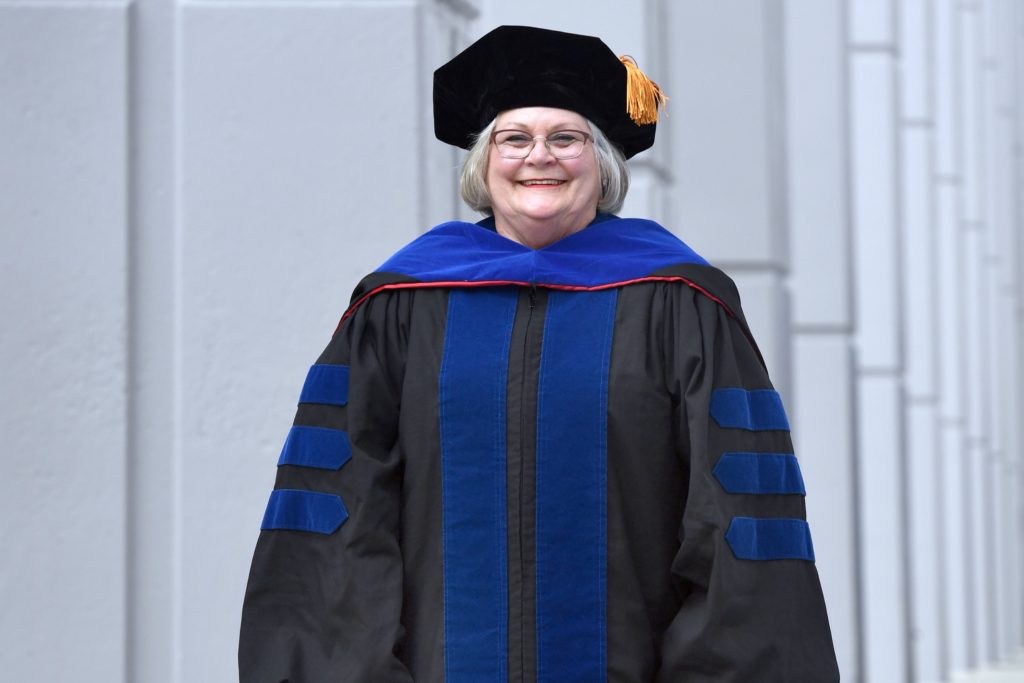 Patricia A. Clary ’22 (PhD) retired in 2018. But that wasn’t the end of her professional and educational journey—God made a way for her to 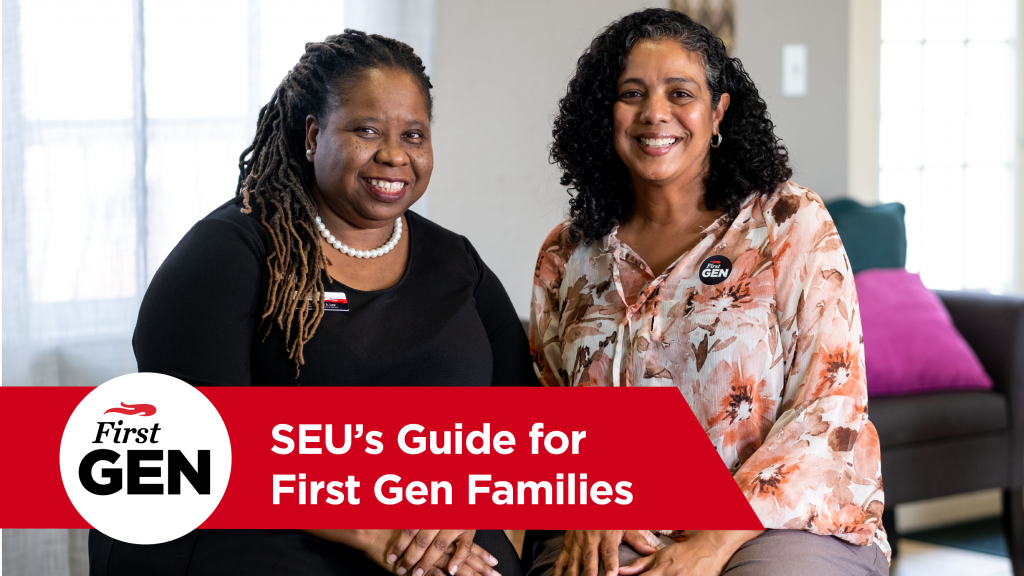 For parents, sending their son or daughter to college can feel like a daunting task, especially if they are the first in their family to